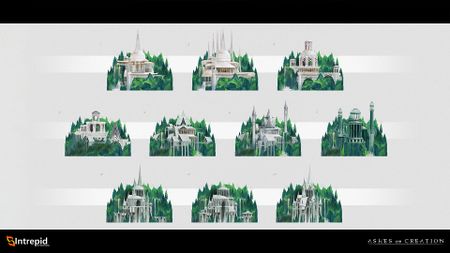 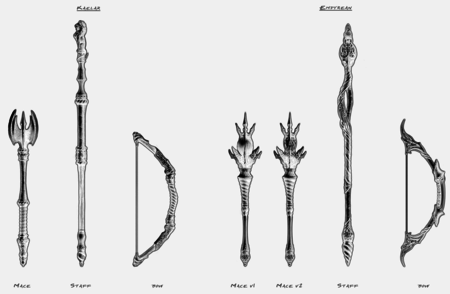 Empyrean are a playable Pyrian Elven race in האירבה רפא.[3]

Imperial. Pride. Culture. Though not as numerous as the Kaelar, the Empyreans are a force to be reckoned with. Elite military forces and a highly structured government. The people of the Empyrea surely have a plan to carve their place in the world.

Empyreans have a Greco-Roman imperialistic feeling.[4] 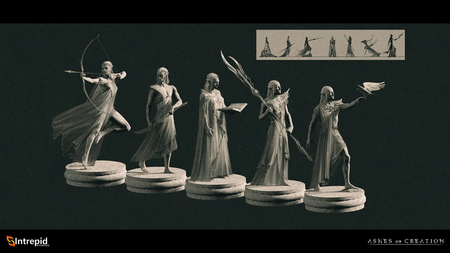 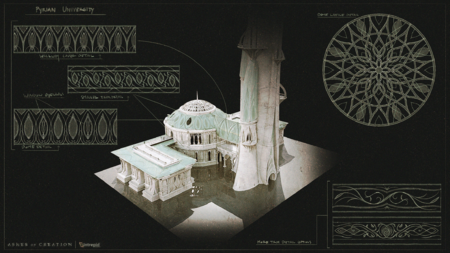 Pyrian Elves are split into two races: Empyrean and Py'Rai.[3] Pyrian are the parent Elven race from long ago:[7] The ancient elves.[8]

For over 4,000 years the Pyrian royal family of Eradal has endured. The kingdom has seen its share of wars. The kingdom's borders encompass the great forest of Eranthia. The capital of Amera is among the oldest and most beautiful cities in the world. Its royal families can trace their lines back to the days of the Dark Fires. The Pyrian universities of magic and martial studies are unparalleled in the lands of Verra. Many of the citizens of the Kingdom venture out into the lands of Verra wishing to spread their knowledge of art and science to their fellow Verrans. These ventures are often subsidized by the royal households of Pyria for hopes it will foster a better relationship with their Human neighbors. Once a close ally of Aela and the house of Lyneth, the Pyrian Kingdom and Aelean Empire ended one of the bloodiest wars in Verran history. Eighty years have passed since the last bloodshed; and although tensions have subsided among the citizens of the two nations, there remains a heightened level of distrust among the Empire's new rulers and the royal family of Pyria.[9] – Steven Sharif

The Elven race is generally a secretive one and exists within the Pyrian kingdom. Primarily a patriarchal society, Elves tend to keep within the natural borders of their forests. It has only been over the past millennia that the Riverlands have begun to see colonies of Elves exist. Elven scholars, dignitaries and pioneers can often be found in many of the human cities: Though their presence is rarely seen in sites other than archaeological, academic or diplomatic. Rumors do abound throughout the darker circles of Verra that there lies a particular lineage of Elves that exist within the Underrealm of Verra.[10] – Steven Sharif

Pyrian architecture has a Greco-Roman influence.[11]